Today (14 September), the Kaohsiung Film Festival (KFF) unveils the 2020 Kaohsiung VR FILM LAB Originals program. It consists of the original Taiwanese VR works made by theater and new media director CHOU Tung-Yen, documentary filmmaker LAI Kuan-Yuan and new director CHEN Shih-An. Respectively, their VR works focus on a gay sauna, the revival of Sirayan, a lost language and the collective anxiety of Tao people on Orchid Island over their survival. CHOU Tung-Yen receives technical support from Funique VR Studio while Lai Kaun-yuan works with a VR team from Berlin. In her directorial debut, CHEN Shih-An takes up the challenge of underwater photography. With brilliant techniques, three teams present the stories that show different looks of Taiwan, and all three productions have their world premiere at the 2020 Kaohsiung Film Festival.

Since the KFF launched the Kaohsiung VR FILM LAB Originals, the Festival has shown more than 19 original VR works. Amongst them, Home by HSU Chih-Yen and Great Hoax: The Moon Landing by John HSU were selected for the prestigious international film festivals, including the Venice and the Tribeca, and it proves that there are many talented Taiwanese filmmakers working in immersive productions. In 2020, the Kaohsiung VR FILM LAB Originals once again collaborates with outstanding artists and presents three original VR works, including In the Mist by CHOU Tung-Yen, Speak to Awaken: Ep.1 Diving into Siraya by LAI Kuan-Yuan and Offing by CHEN Shih-An. Moreover, Dora, which won the Grand Prize at the 2019 Kaohsiung VR Talent Workshop, is shown in its prototype this year, allowing the audience to see the different stages in the making of a VR work.

Leading the audience to explore a gay sauna, CHOU Tung-Yen embodies the loneliness people nowadays feel in male bodies in his new VR work, “In the Mist.”

New media director CHOU Tung-Yen works across theater and film. CHOU was nominated for the Golden Horse Award multiple times and was awarded the Interactive & New Media Award at the 2013 World Stage Design. His works often focus on human emotions and desires. In his new media creation, Chronicle of Light Year: Taipei-Copenhagen, impressed the KFF so much that the KFF invited CHOU to make a VR work. Inspired by his observation on specific space and culture in the “gay sauna” during his research, CHOU comes up with the core idea of making In the Mist.

‘For me, the most special thing about VR is that one can look at things from different perspectives. Furthermore, it can take you to the places you’ve never been to or impossible to go to. Therefore, I would like to lead the audience into the world of gay desire and to see one’s naked self.’

In the Mist received technical support from Funique VR Studio; in the 8K resolution close to the naked eye, the VR work lures the audience into a gay sauna, immersing the audience in a space steaming with sexual desire. The nude male bodies posing like those seen in the European paintings poetically embody the loneliness permeating in modern-day society. Even the technical team admit that they had no idea such a place existed, and for them, it was a place full of fantasies and surprises.

The earliest written language in Taiwan! LAI Kuan-Yuan collaborates with a German team on a new VR work that awakens a lost language.

Through his 2017 VR work, The Train Hamasen, director LAI Kuan-Yuan befriended the Siraya people, a Taiwanese aboriginal tribe. He then discovered that Siraya, the language forgotten by the tribe for more than a hundred years, was, in fact, the first written language in Taiwan. Based on the Bible spelt phonetically in Siraya and written by the Dutch, the Sinkang Manuscripts and the old deeds, the Siraya people are reviving their mother language that has lain dormant for years.

‘Languages and cultures are like ecosystems. When a language disappears, it may cause the extinction of many cultures.’

Fortunately, with the effort put in by the tribe in the past twenty years, the language is coming back to life and being spoken again; it is like a missing piece of the Taiwanese history that has been retrieved. Since they share the same ideas, LAI and NowHere Media, a VR production team from Berlin, collaborate on this VR interactive series entitled, ‘Speak to Awaken: Ep. 1 Diving into Siraya and Ep. 2 KUSUNDA’. Interacting by listening to the tales and following the documentary footage, the audience experience the revival of Sirayan and the vitality it gives to the land.

‘As long as we’re willing to speak and to listen, we’ll keep making breakthroughs in the revival of Sirayan.’ 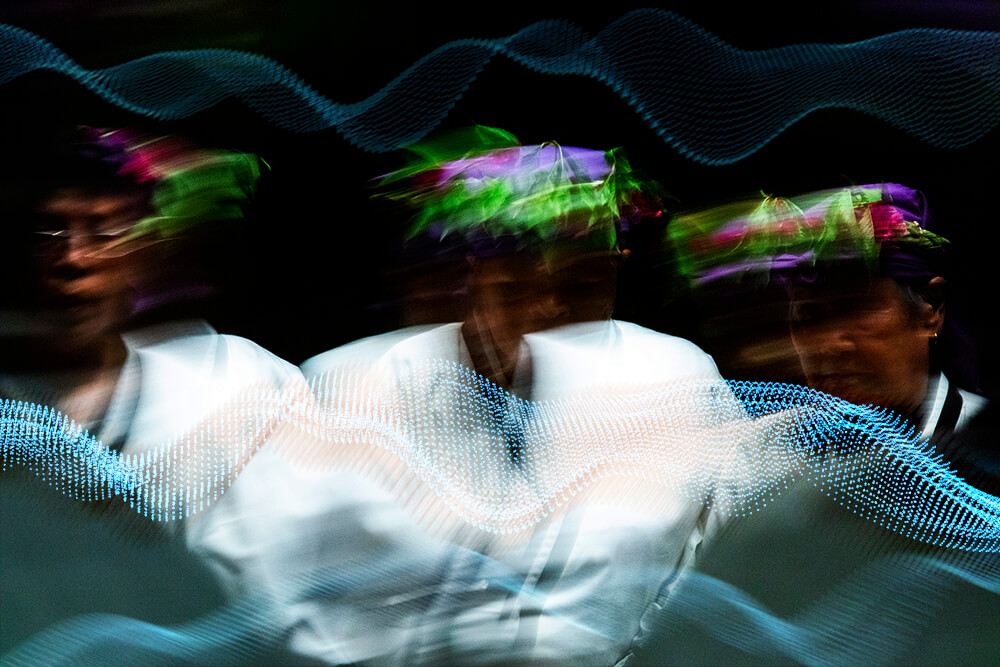 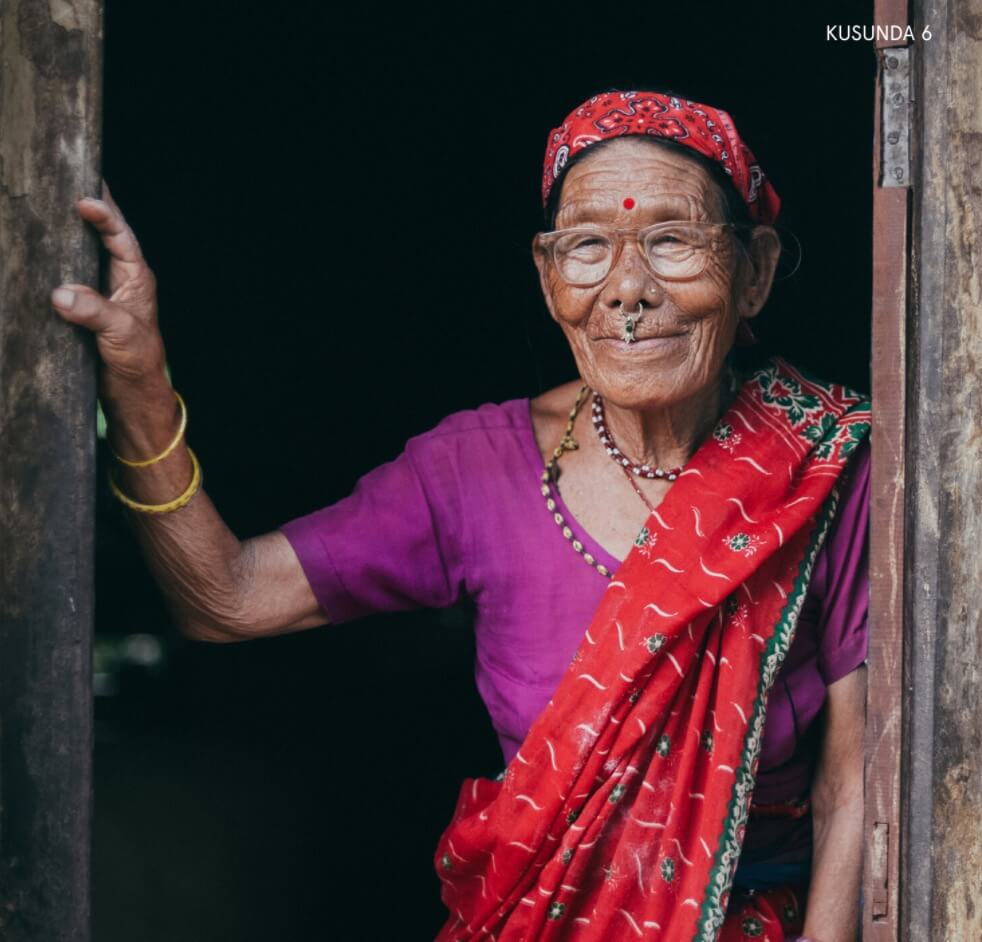 New director CHEN Shih-An did an MA in Immersive Factual Storytelling in the Anthropology Department at the University College London. During that period, her nostalgia for hometown, Taiwan, inspired her to make a film about the sea surrounding the country, and it became her motivation for making the VR documentary Offing. Starting from the flying fish, a native species in Orchid Island and its struggle for survival between the ocean and the air. Offing focuses on the first generation of the Tao people who studied in the mainland Taiwan and returned home. The VR film records how the generations try to strike a balance between developing tourism and the economy as well as preserving their traditions and culture. Moreover, it reflects upon the anxiety over survival that Taiwan has as an island country in the time of globalization. CHEN not only shows the breathtaking scenery of the underwater world surrounding Orchid Island in her first VR debut, she also expects to impress those who haven’t got to know Orchid Island and make them fall in love with its beautiful nature. 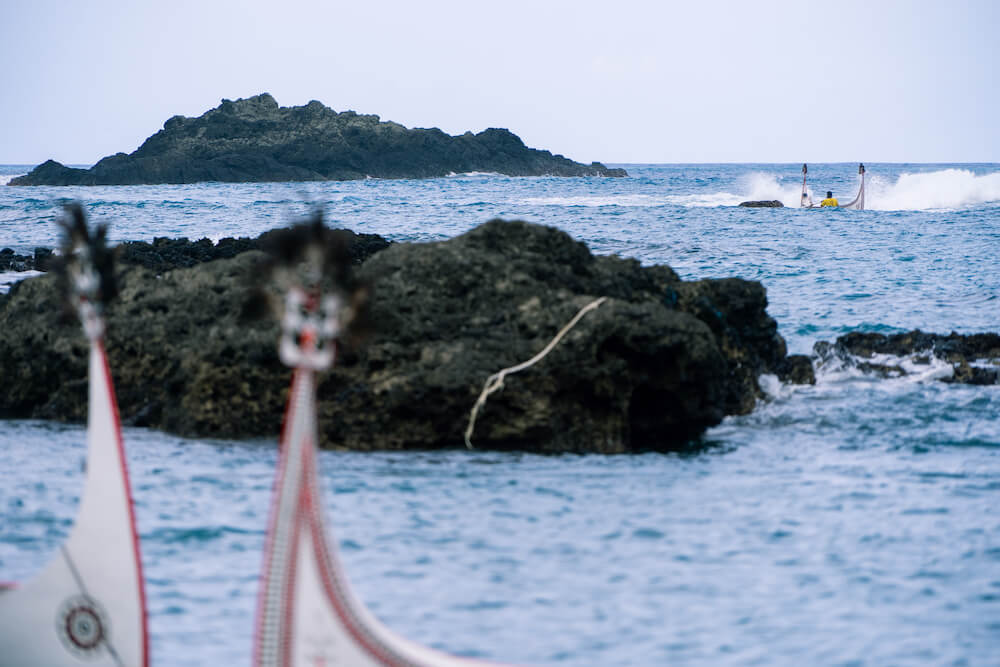 The 2020 Kaohsiung Film Festival is held from 16 October to 1 November in Kaohsiung Film Archive, MLD Cinema, Kaohsiung Main Public Library, VR FILM LAB, P3 Warehouses at the Pier 2 Art Center and VR eSports Land. The instructions on Covid-19 issued by the Central Epidemic Command Center will be strictly followed in all venues. The information on the festival program, ticket sales and the introductory talk on this year’s program will be published soon. Please follow the KFF on the official website, Instagram (https://www.instagram.com/khfilmfestival) and Facebook (https://www.facebook.com/TaiwanKFF) for the most updated information.