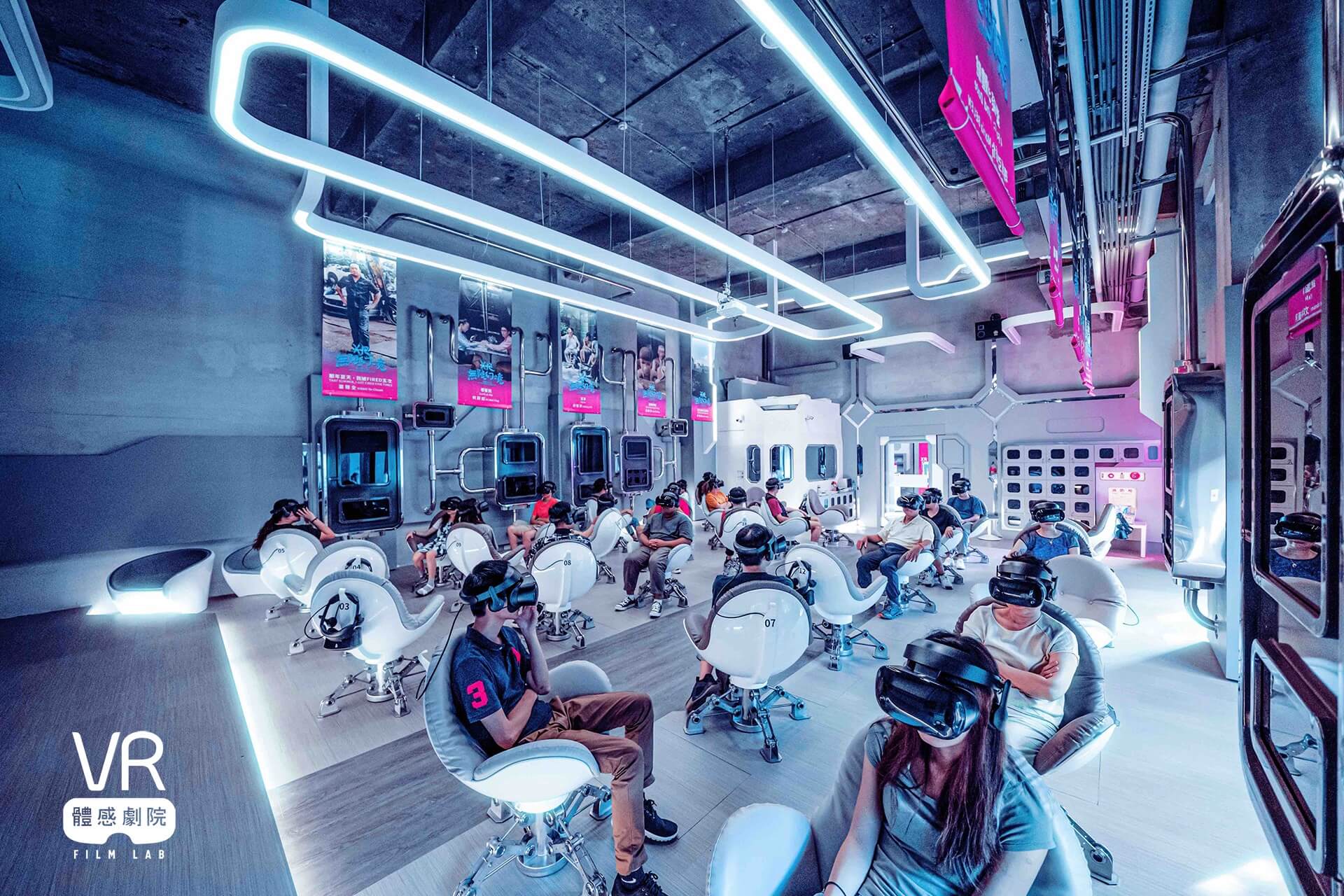 Are you ready? The magnificent scene in the film “Ready Player One” will be staged in “VR FILM LAB” in Kaohsiung!

Please put on your headset and enter the world of VR! The film that transcends vision and imagination is presented in a 360-degree panorama, allowing you to experience the possibilities of unlimited expansion! Welcome to an adventure which is more authentic than reality!

The establishment of the “VR FILM LAB” was inspired by Kaohsiung Film Archive’s funding project “Kaohsiung VR FILM LAB”. The “Kaohsiung VR FILM LAB” project started from 2017 and has produced five original VR works at the year, such as “Your Spiritual Temple Sucks” from the concept of Blindfold Taoist Ritual, “The Train Hamasen” which brings people back to Hamasen’s formerly prosperous glory, and the family fantasies “Feathered Dream”. The above films were premiered at the 2017 Kaohsiung Film Festival. During the Film Festival, many award-winning international VR works were introduced to Taiwanese audience as well.

These VR films drew people’s attention and brought a great success to 2017 KFF. That clued the interest to cinematic VR from local audience and brought up the idea of opening a VR screening venue which provide regular screenings and high quality screening experience. With numerous effort and support, the “VR FILM LAB” at the Pier-2 Art Center was established!

The Only 8K Stereoscopic VR Theater in Taiwan

VR transcends our imagination of “watching” and makes our sensory experience closer to the future.

Therefore, the design of the theater space is dominated by silver-gray tones and simple lines. The theater is equipped with multiple circular-shaped seats, which makes audience feel like they are in a space capsule.In order to provide the best and most comfortable VR viewing experience for the audience, films will be played in stereoscopic 8K quality.

In VR FILM LAB, audiences will be able to enjoy latest digital technology and the most powerful immersive experience.

Depending on the way the VR works are shown, the viewing space is divided into two areas: ”360 Cinema” and “Interactive Zone”.

There are 30 arc-shaped egg chairs in the 360 Cinema, which can be rotated 360 degrees allowing users to enjoy VR films from different viewing angle. The “Interactive Zone” provides a space for interactive and stand-up VR experiences. In certain conditions, users are able to become a initiative participant instead of a passive viewer.

When the story is no longer described in a traditional way, we can have a new perspective on viewing and the possibility of interpreting the story! The world is changing every minute. As technology continues to innovate, the ideas and thinking of creators and filmmakers can keep pace with the times, and test the hardware and content of VR FILM LAB. We expect to be able to continually renovate and move forward with the times.