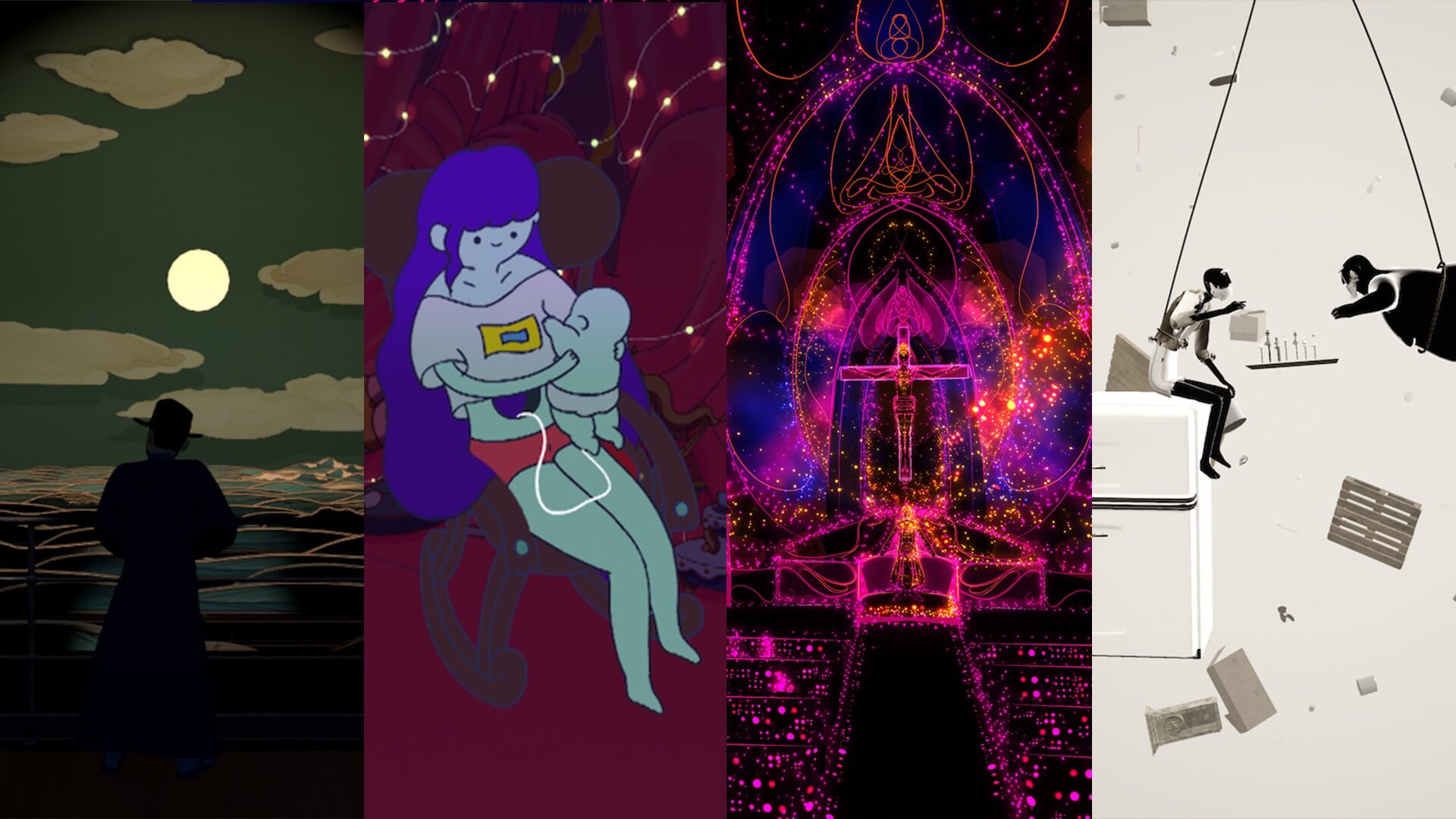 The 2020 KFF International Short Film Competition’s top honor, the VR Golden Fireball Award was awarded to “The Book of Distance” by Randall OKITA(Director) and David Oppenheim(Producer), “MOWB” by YUHARA Kazuki took home the VR360 Award. The VR Immersive Award went to “Legends of the Brush” by Stuart ‘Sutu’ CAMPELL. And the VR Special Mention went to “Gravity VR” by Fabito RYCHTER and Amir ADMONI.

“The Book of Distance” In the form of innovative VR stage play, to discuss the real historical pain. The theater lighting, cutscenes, narration, photos, and design natural used in this film let the viewers full of new expectations and imaginations for the future development of VR.

“MOWB” uses animation to present the narrative skills smoothly, the experience discusses the cycle of life through the role of mother and daughter, and link the profound parent-child connection, which is very moving in terms of emotional expression and technology.

“Legends of the Brush” The three works in a series create an unique interactive experience, simulating the perspective of a magnifying crystal ball. The experience is groundbreaking and allow viewers to be highly immersed in detailed stories. In addition, the creators are abundant, the creative energy also makes people look forward to his next development.

“Gravity VR” constructs a complete VR world and adopts the feature of the VR to create a very special experience, one can still discover many details after watching it for many times.

The 2020 Kaohsiung Film Festival is held from 16 October to 1 November in Kaohsiung Film Archive, MLD Cinema, Kaohsiung Main Public Library, VR FILM LAB, P3 Warehouses at the Pier 2 Art Center and VR eSports Land. The instructions on Covid-19 issued by the Central Epidemic Command Center will be strictly followed in all venues. The information on the festival program, ticket sales and the introductory talk on this year’s program will be published soon. Please follow the KFF on the official website, Instagram and Facebook for the most updated information.