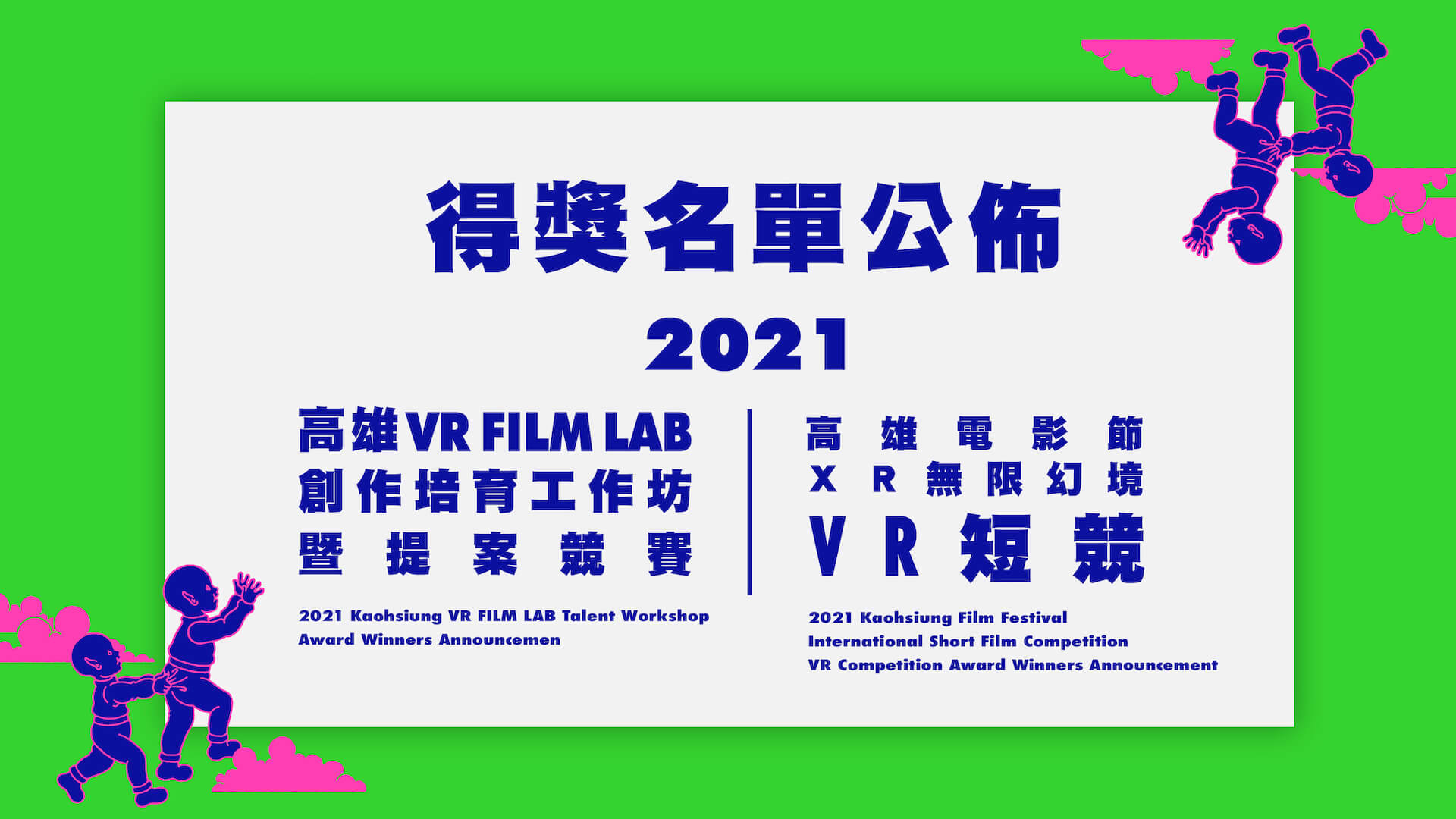 The 2021 KFF International Short Film Competition’s top honor, the VR Golden Fireball Award was awarded to “Marco & Polo Go Round” by Benjamin STEIGER LEVINE, “Replacements” by Jonathan HAGARD took home the VR360 Award. The VR Immersive Award went to “Paper Birds” by German HELLER and Federico CARLINI. And the VR Special Mention went to “In the Mist” by CHOU Tung-Yen.

This year, 21 projects were competing for 4 awards with a cash prize of 11,000 USD in total. The members of the VR Competition Jury of the Final Stage include Baboo LIAO (director of VR work “Chroma: A Derek Jarman Project” and famous theater director), Jay TSENG (Co-founder and incumbent director of Ultra Combos, new media art, and digital experience design team), and SING Song-Yong( professor in the Taiwan National University of the Arts, and the chair of department of Filmmaking).

“Marco & Polo Go Round”, which won the VR Golden Fireball Award, directed by Benjamin STEIGER LEVINE. The jury unanimously said that the work brilliantly uses weightlessness to echo intimacy, visualizing the abstract relationship into the gravity-free status of space, objects and bodies, allowing the viewer to wander freely in the space from the perspective of the spectator. At the same time, the viewer feels strongly empathetic. The mature narrative technique, and the core of the story are gradually revealed through delicate dialogues and plot ambiguities. It is a rare and outstanding work in terms of VR technology, narrative mastery and creative ingenuity.

The VR Immersive Award Award winner, “Paper Birds”, is the work of co-directors German HELLER and Federico CARLINI. The jury was impressed by its mature immersive narrative approach, animation production, interactive design and complete story structure. Through the miniature model and object design, it creates a very interesting spatial scale transformation; the smooth and skillful mirroring successfully outlines a free narrative guidance in a 6DoF world, and with the clever combination of music and interaction, it’s absolutely a wonderful work.

The winner of the VR360 Award is Jonathan HAGARD‘s VR animated work “Replacements”, which has already won the Cristal for the Best VR Work at Annecy International Animation Festival and the Grand Prix at Beyond the Frame Festival in Japan earlier this year. And it received another award today. The jury said the work combines fresh and exquisite animation style, 360-degree panoramic view, smooth rhythm of the storyline, and symbolic and precise details to present a unique narrative approach of VR with just a light touch. The work’s form and content are aptly combined, reflecting four decades of time through a corner of the streets of Jakarta, Indonesia.

“In the Mist”, which was selected for the Venice Film Festival 2021, the tickets have not only sold out within an hour at Kaohsiung Film Festival and Taipei Film Festival since its premiere in 2020 at KFF, but has also become the most talked-about film of the year. The jury praised the boldness of this work, which not only brings the strong theatrical sense, but also its precise perspective design that adds to the overall immersion. The choice and presentation of the themes of male sauna and lust for the gay community successfully bring diverse feelings and excitement to different communities. Not only does it subtly present the guilt of the gay community in the face of lust and carnal pleasures, but it also points out the deeper struggles and entanglements. 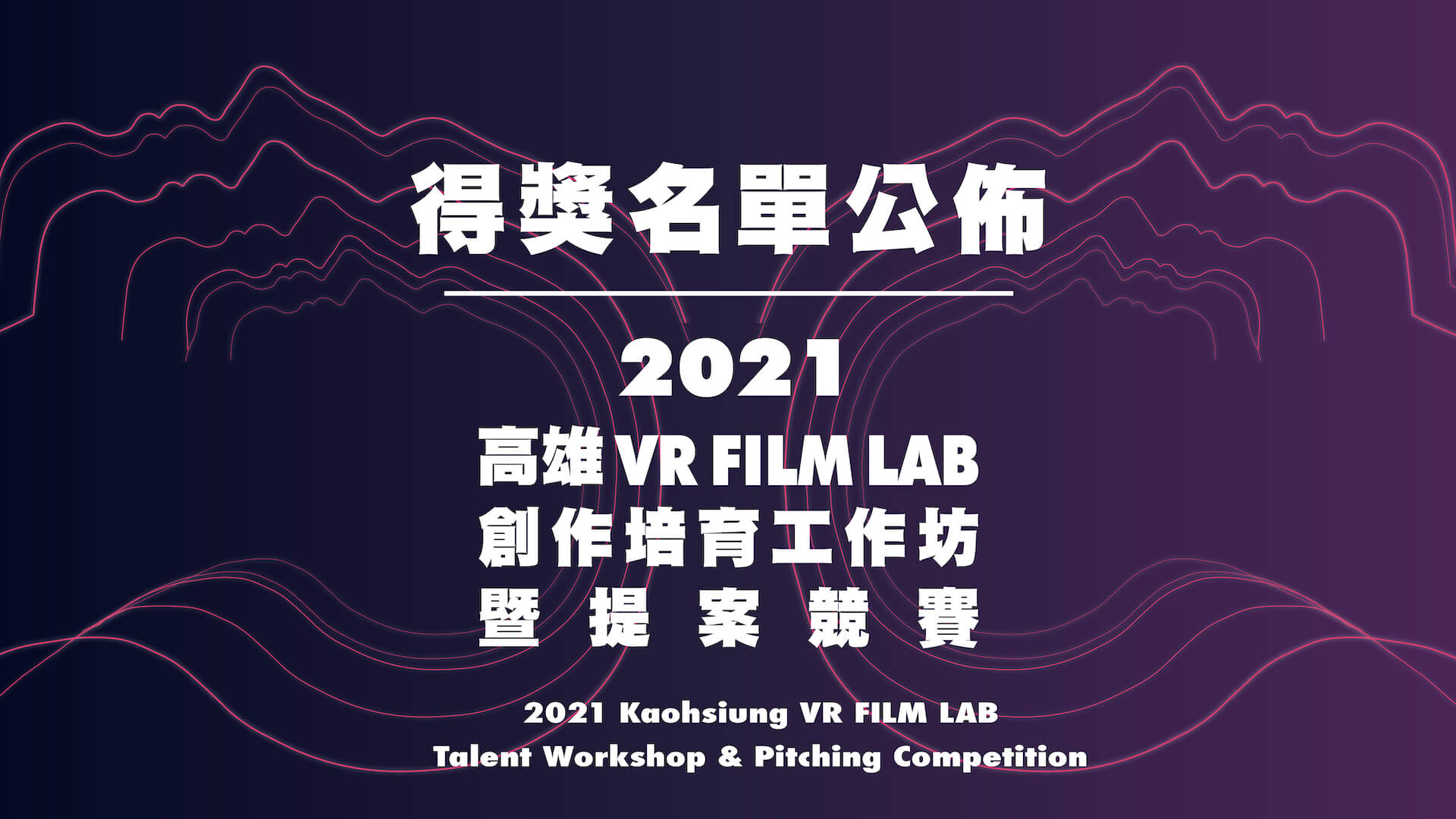 The Talent Workshop students WEI Shiue-Ying and KO Chia-Wen won the “Kaohsiung VR FILM LAB Award” for their VR project “When the Flowers Bloom”, and students HSIEH Hsiao-Ting and HSIEH Hsiao-Wei won the “NewImages Talent Award” for “The Awake”.

WEI Shiue-Ying and KO Chia-Wen are awarded the “Kaohsiung VR FILM LAB Award” which will provide 1 million NTD production funds for their VR project “When the Flowers Bloom”. The Jury team considered that this project’s team has experience in interactive gaming production and is familiar with VR media. The theme of this project is consistent with the global trend to let people strike a chord. From creative conception to production, “When the Flowers Bloom” has accessibility to the public and experimental aspect, it is a project full of potential for development. And another VR project “The Awake” from the Talent Workshop, created by HSIEH Hsiao-Ting, and HSIEH Hsiao-Wei, receive the “NewImages Talent Award” sponsored by NewImages Festival, which includes many industrial communicative and exposure resources. The Jury thought that these two talents have high potential and the content of this project aims to combine different kinds of art creation such as dance and images via VR technology which is really a project that they would like to encourage.